[Robert] Swann was a nonviolent war resister. He was a civil rights activist, an agrarian decentralist, and a pioneer of intentional communities, local currencies, micro-lending, natural architecture and land trusts. And along with fellow just-economics thinker Susan Witt, he co-founded the US-based E.F. Schumacher Society in Great Barrington, Massachusetts.

On Gandhi’s Path provides the long view of this stellar life, penned by ecologist Stephanie Mills as fluidly as a breeze through one of her subject’s beloved New England woodlands.

Of particular interest in Mills’ quest to capture the vitality of the man who came from such a historical environment is the web of fellow newsmakers whose work interfaced with and enriched Swann’s own, and this piece of social-change-movement geography, beginning in the 1940s, is worth the price of the book.

On Gandhi’s Path captures Swann’s person in such a straightforward way that it inspires us – in these disillusioning times of surreal war-making, down-and-dirty poverty, total encasement by technology, and chaotic breakdown – with exactly what we need: to stay the path. 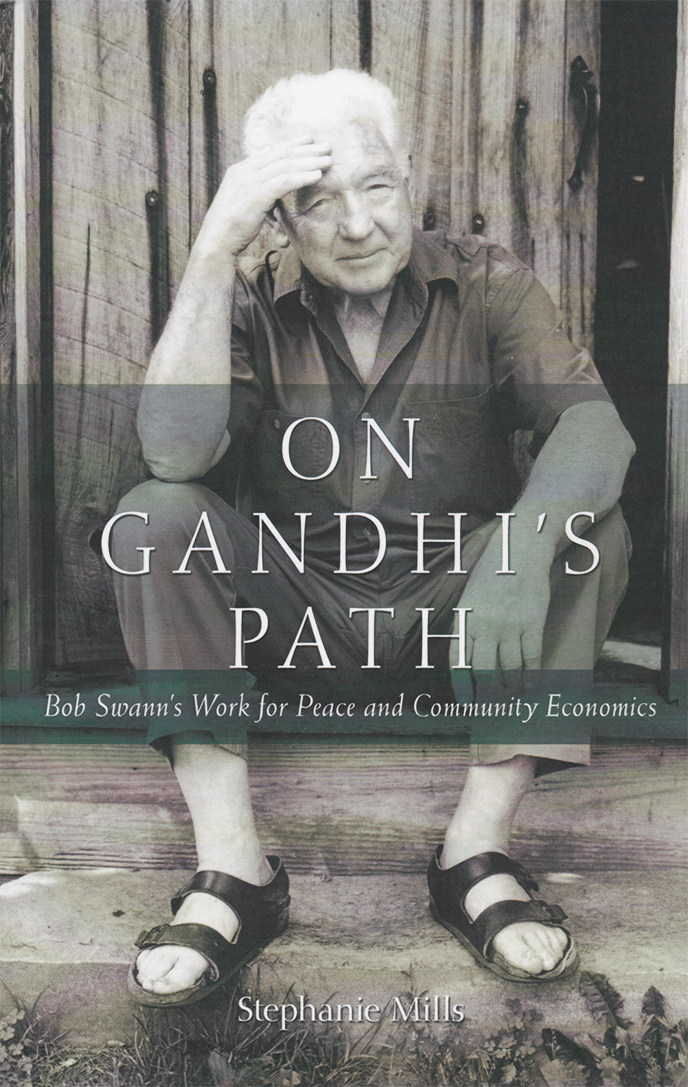 (Note: the author earns a commission from the purchase of this book)

‹ Back to all books